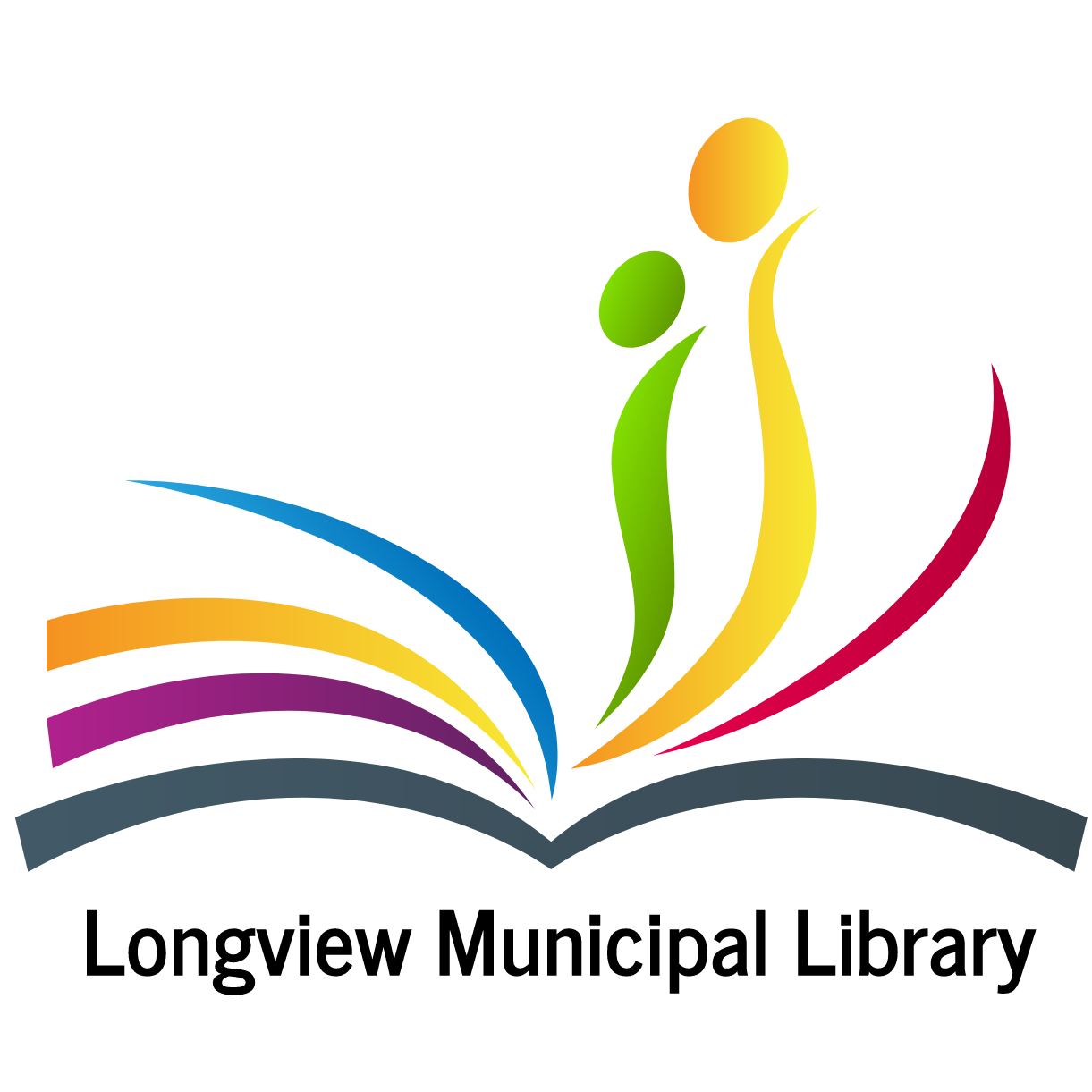 Find more digital audiobooks through your library by downloading the FREE Libby by OverDrive app and cloudLibrary app from your App Store. 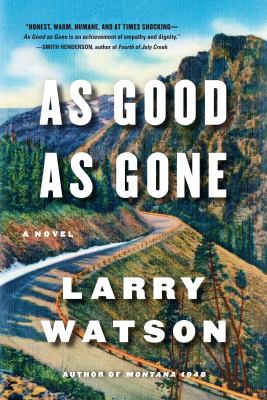 As Good as Gone

The American West is bestselling author Larry Watson's forte, and in this, his tenth novel, he has created his most vivid, genuine antihero yet in Calvin Sidey, a man stuck in a myth. Calvin Sidey, steely, hardened, with his own personal code, is one of the last cowboys. It's the 1960s, and he's living off the grid in a trailer on the prairie when his adult son, Bill, seeks his help. A mostly absentee father and grandfather, Calvin nevertheless agrees to stay with his grandchildren for a week. He decamps for his son's house in the small town where he once was a mythic figure, and soon enough problems arise: a boy's attentions to seventeen-year-old Ann are increasingly aggressive, and a group of reckless kids portend danger for eleven-year-old Will. Calvin only knows one way to solve a problem: the Old West way, in which ultimatums are issued and your gun is always loaded. In the changing culture of the 1960s, Calvin isn't just a relic; he's a wild card. At the same time, his old-school ways exert a powerful effect on those around him, from the widowed neighbor, Beverly Lodge, who feels herself falling for him and wants to be part of his life, to his grandchildren. Ann and Will see in their grandfather a man who brings a sudden, if shocking, order to their lives, as Calvin terrorizes those who have often terrorized them. With the crisp, restrained prose for which Larry Watson is revered, As Good as Gone is a story of a man increasingly at odds with the world. This is Larry Watson at his best. Praise for Larry Watson: "With rugged prose as biting as a northern plains wind . . . Watson writes of people universal in their flaws and virtues, a community that cannot be defined or limited to one region or genre." —The Washington Post Book World 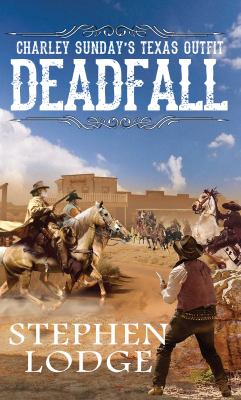 When his family is kidnapped, veteran rancher Charley Sunday assembles a ragtag posse to join him on a hunt for the men responsible and, on the way to the most brutally lawless part of Mexico to take back what is his, encounters Indian raiders, banditos and nature's own fury. 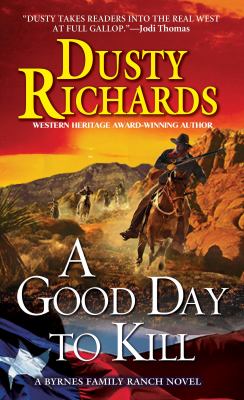 A Good Day To Kill

"Dusty takes readers into the real west at full gallop." -- New York Times bestselling author Jodi Thomas In the thrilling new saga from Western Heritage and Spur award-winning author Dusty Richards, Chet Byrnes stands his ground--with his courage, guns, and blood. For Chet Byrnes, building a ranching empire means adding new land, hiring good men, finding water and trying new breeds of cattle. But outlaws and Tuscon's idle rich want to take it all away--and Arizona just may be too lawless to stop it. So while the Byrnes family expands its reach, Chet must do his job hunting down outlaws on either side of the border. Chet's cowboys prove to be tireless fighters, going up against former Mexican military men, a powerful family with bad in their blood. Then Chet takes on the most dangerous risk of all: a bloody, all-out shooting war--with everything to lose, and one last enemy to kill... "Dusty Richards writes. . .with the flavor of the real West." --Elmer Kelton 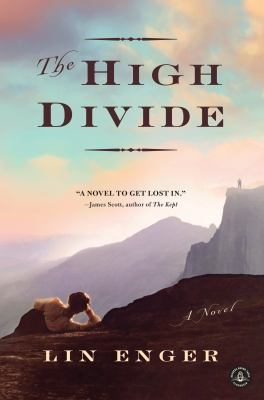 "Lin Enger sets out from the conventions of the traditional Western and brings the reader into new emotional territory, that of the soul of an exquisitely drawn American family. The High Divide is a novel to get lost in." —James Scott, author of The Kept In 1886, Gretta Pope wakes up one morning to discover that her husband is gone. Ulysses Pope has left his family behind on the far edge of Minnesota's western prairie, with only the briefest of notes and no explanation for why he left or where he's heading. It doesn't take long for Gretta's young sons, Eli and Danny, to set off after him, leaving Gretta no choice but to search for the boys and their father in hopes of bringing them all home. Enger's breathtaking portrait of the vast plains landscape is matched by the rich expanse of his characters' emotional terrain, as pivotal historical events—the bloody turmoil of expansionism, the near total demise of the bison herds, and the subjugation of the Plains Indians—blend seamlessly with the intimate story of a family's sacrifice and devotion. "[A] masterfully told Western reinvention of Homer's Odyssey . . . set against a backdrop of beauty and danger . . . In its narrative simplicity and emotional directness, it is reminiscent of John Ford's classic The Searchers. " — Publishers Weekly, starred review "Enger's novel is told in beautifully exact, liquid language that wastes no time, just as one cannot afford to waste time when making a journey such as the Pope family's. Highly recommended." — Library Journal, starred review "A deeply moving, gripping novel . . . Layered with meaning, this remarkable novel deserves to be read more than once. The High Divide proves Enger's chops as a masterful storyteller." —Ann Weisgarber, author of The Promise "A gripping story with well-portrayed, complex, and sympathetic main characters and a complement of believable secondary figures in a vividly described region nearing the close of an era. Enger is an author worth watching." — Booklist " The High Divide, a novel about a family in peril, is haunting and tense but leavened by considerable warmth and humanity. Enger writes with durable grace about a man's quest for redemption and the human capacity for forgiveness." —Benjamin Percy, author of Red Moon 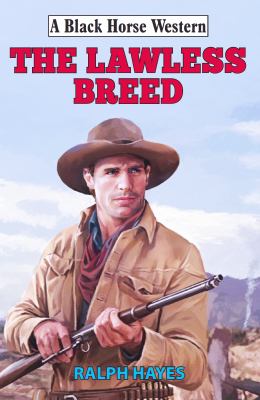 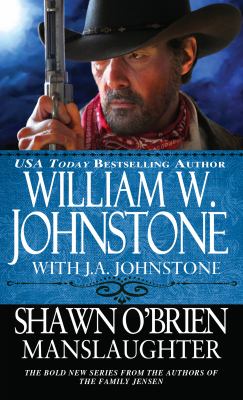 The Greatest Western Writer Of The 21st Century From America's bestselling Western authors comes the violent saga of the frontier legend known as the Town Tamer: the man who rides in when all attempts of law and order have failed. Shawn O'Brien--Taming A Town Held Hostage By The Devil In Broken Bridle, Wyoming, Jeremiah Purdy, the town's tinhorn sheriff is a college kid who wants to become governor some day. But outlaw Darius Pike couldn't care less about anyone else's ambitions. With Pike holding Broken Bridle in a bloody grip of terror, Purdy sends a desperate cry for help--to Shawn O'Brien, town tamer. Shawn's mission: ride to Wyoming and pry Broken Bridle loose from Pike's reign of fear. What Shawn finds is that something even more evil than Pike is haunting Broken Brindle. Now, in a storm of bullets and blood, in a deal with the devil, Shawn O'Brien can only tame this town by entering hell itself. . . 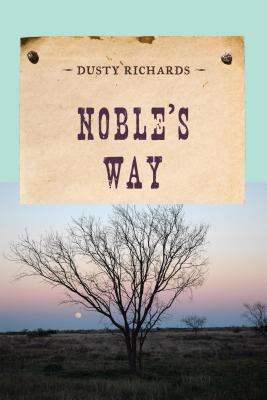 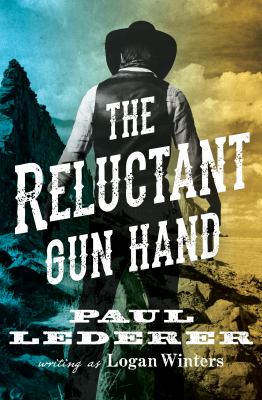 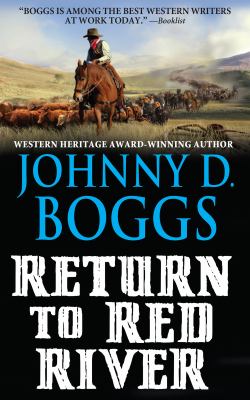 "Boggs is unparalleled in evoking the gritty reality of the Old West." — The Shootist Red River is one of the greatest westerns ever told, a novel that that became the classic John Wayne movie in 1948. Now award-winning Johnny D. Boggs presents a powerful sequel—destined to be a Western masterpiece in its own right. Return To Red River Matthew Garth was orphaned in a savage wagon train ambush and adopted by Red River hero Thomas Dunson. Twenty years later Matt has two strapping sons of his own and is undertaking a desperate cattle drive from Texas to Dodge City, the new queen of frontier cattle towns. While the deadly dangers of storms and rustlers gather around them, an act of passion and violence from within the drive—and from within the Garth family—leaves Matt fighting for his life, close to where his father was buried by the Red River. When Matt gets back up, he must finish the drive—and fight his worst enemies and even his own blood kin before it ends in a battle of guns, tears, and justice. "Johnny Boggs has produced another instant page-turner. . .don't put down the book until you finish it." —Tony Hillerman on Killstraight "Johnny D. Boggs tells a crisply powerful story that rings true more than two centuries after the bloody business was done." — The Charleston (S.C.) Post and Courier on The Despoilers Raves For The Westerns Of Johnny D. Boggs "Another dramatic story by a finalist for the Spur award of Western Writers of America." — Amarillo Globe-News (on Once They Wore the Gray ) "An entertaining western in the classic mold. The characters possess enough human frailty to be believable, the author includes interesting stuff on the weaponry of the times, and there is enough gunplay to satisfy genre purists." — Booklist on Ten and Me "Boggs has once more written a humdinger of a book with wonderful characters, even the villains. The Despoilers tears at one's heart, which is what really good fiction should do." — Roundup on The Despoilers "Boggs' unique approach to the Lincoln County War's legal skirmishing is both eye-opening and memorable." — True West on Law of the Land "A finely crafted historical novel with fully developed characters playing out their lives against the backdrop of early Texas settlement." — American Cowboy on Spark on the Prairie "Boggs delivers a colorful, clever and arresting tale." — Santa Fe New Mexican on Camp Ford 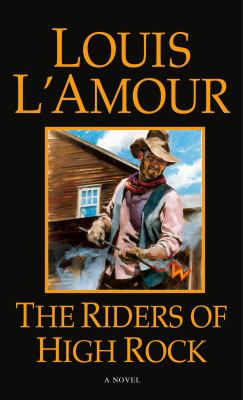 The riders of High Rock : a Hopalong Cassidy novel 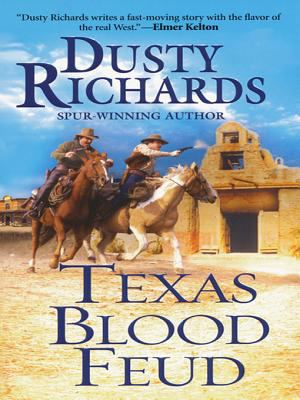 Chet Byrnes tries to end the feud he started when he hanged three horse thieves. 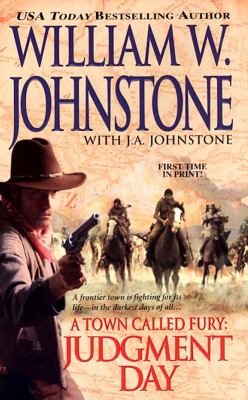 It began with a handful of bedraggled pioneer survivors. It took root because of the courage of one young man. In William W. Johnstone's new blockbuster Western series, a town called Fury rises up in the midst of a hostile Arizona Territory--and lives every day as if it were its last. . . Between newcomers and original settlers, the few hundred people who inhabit Fury, Arizona, know about survival. After all, if man or nature had their way, the godforsaken Fury would be yet one more ghost town. But Jason Fury, whose father's name graces the town, can see that this ramshackle place called home is now facing its darkest day: Crippled by a draught, devastated by an unrelenting, blood-red dust storm, Fury is also under attack by Apaches who can smell the settlers' blood and fear. For some people in Fury, it's time to cut and run. For Jason Fury, it's time to find a few good men--and women--to a fight a battle like no other before. . .